Welcome to Sunday, humans!  And what better way to celebrate than to completely ignore whatever mindless nonsense the fluorescent troll-mander-in-chief has spewed all over himself this weekend and instead get back to something more fun.  So what’s on the menu tonight?

First off, after quite a hiatus, I’ve returned to World of Warcraft just in time for the latest expansion, Battle for Azeroth.  After being monumentally disappointed in the Warlords of Draenor expansion, I skipped the Legion expansion entirely, and so I’ve got that entire expansion of content to work through in addition to BfA’s content.  Fortunately, Dracollia and my sons all decided to hop back into Azeroth along with me, and the boys’ mom hasn’t stopped playing since we both started back in the days of Vanilla WoW.  So I’m not going back alone!  But in order for us to coordinate, we decided to form our own small guild – and thus was the Feline Mafia born.

In terms of other games I’m currently playing, I’ve actually been putting more and more time into a game on my phone that my oldest son turned me on to by the name of Alchemist Code.  The game itself is a free download, with available in-app purchases.  At first glance, you would be forgiven for thinking this is a typical gatcha-style anime-based Japanese cell phone game aimed at making a quick buck on American cell phones, but this assessment does it a huge disservice.

Unlike many other similar games, which feature a fairly standard style turn-based tap battle system, Alchemist Code is a full-fledged SRPG, in the vein of Final Fantasy Tactics or Disgaea.  In fact, both of these references feel particularly appropriate – because while you can see from the image above that the main story and vibe of Alchemist Code is very much in the vein of the political machinations of Final Fantasy Tactics, the game regularly engages in crossover promotions with popular anime and game franchises, pulling in popular characters and storylines from universes including Fate/Stay, Phantom of the Kill, and most recently Disgaea.

In terms of SRPG gameplay, I would say that it plays most similarly to the PSP classic Jeanne d’Arc.  Party size is initially limited to four (with an optional fifth “mercenary” character that can be hired with currency) and two characters placed in reserve that will sub in automatically upon the death of a party member.  Each party member can be developed into multiple classes and skillsets from a master pool of points, gems, and currency.  While there is the usual option to use real money to purchase gems or currency to advance at a more rapid pace, I have not put a single cent of real money into the game and I have not felt held back once – advancement still happens at a nice pace without feeling throttled. 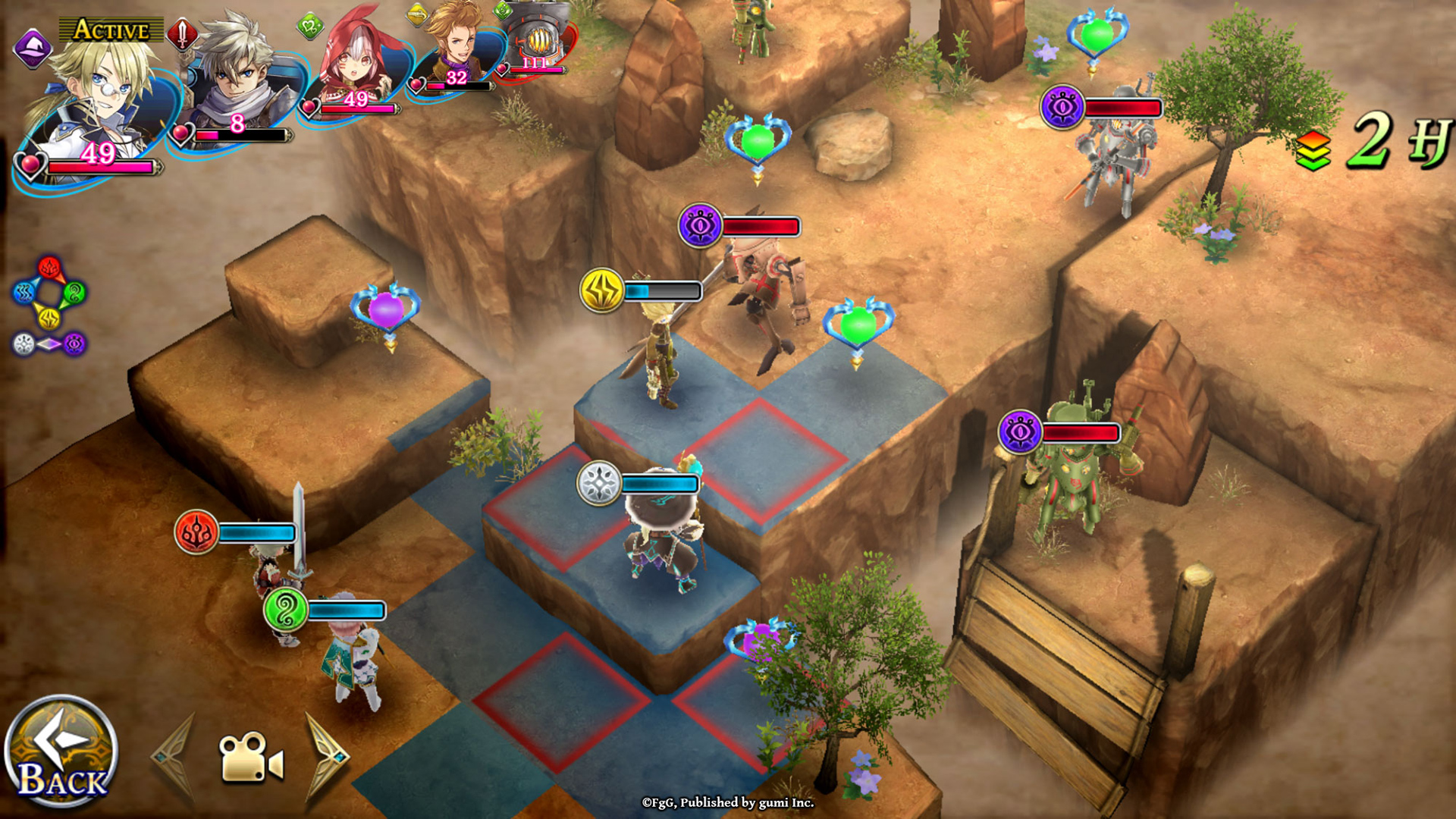 All in all, I have to give Alchemist Code the highest marks – it truly is everything that a mobile game should be.  No up front cost, no strings attached for players that don’t wish to, or can’t afford to, pay for advancement, but deep gameplay and story hooks that are enough that I have found myself tempted more than once to break my personal rule of not using real money to buy fake money in mobile games.  If you have an iPhone or Android device and are a fan of SRPGs, you’d be doing yourself a disservice not to give it a try.

And if you play WoW and find yourself on Khaz Modan, consider causing trouble with the Feline Mafia! – EWE