“It shall be even bloodier than you hoped.” – Dorn Il-Khan

Love is a funny thing, humans.  Sometimes it feels so strong at first, only to burn out or fade over time.  But the best and truest love is the love that remains a bond; the love that, even when apart for a time, remains in your heart and can pick right back up where it left off when reunited.  (Editor’s Note: …who even are you?)  Shut up, I’m having a moment here.  I loved Baldur’s Gate.  I had always wanted to play tabletop D&D, but I lacked a very important component: friends with which to play.  So while I read as many rulebooks and companion materials as I could get my hands on and rolled character after character, I never got to take them on adventures and quests…until Baldur’s Gate.  So it was with some trepidation that I approached a fresh run through Beamdog’s Baldur’s Gate Enhanced Edition – could we pick up where we left off years ago?  In a word: yes.

First things first: I adore what Beamdog did with the visuals.  They were never going to take an isometric PC RPG from the late 90s and make it graphically spectacular.  But as you can see above, they took the approach of function over flashiness, and it absolutely worked.  The Infinity Engine was a landmark interface for the genre, and Beamdog took into account widescreen, HD monitors and incorporated interface elements that would normally have required additional user effort to access right into the main play screen.  They also smoothed out and enhanced the sprites for HD resolutions.  But the classic look and feel of Baldur’s Gate remains unchanged.  This carries through to the sound as well – hearing Imoen tell me “I’ve done had enough of this” as I instructed her to pick a lock made me smile despite the fact that I knew I was going to hear it 1,000 more times. 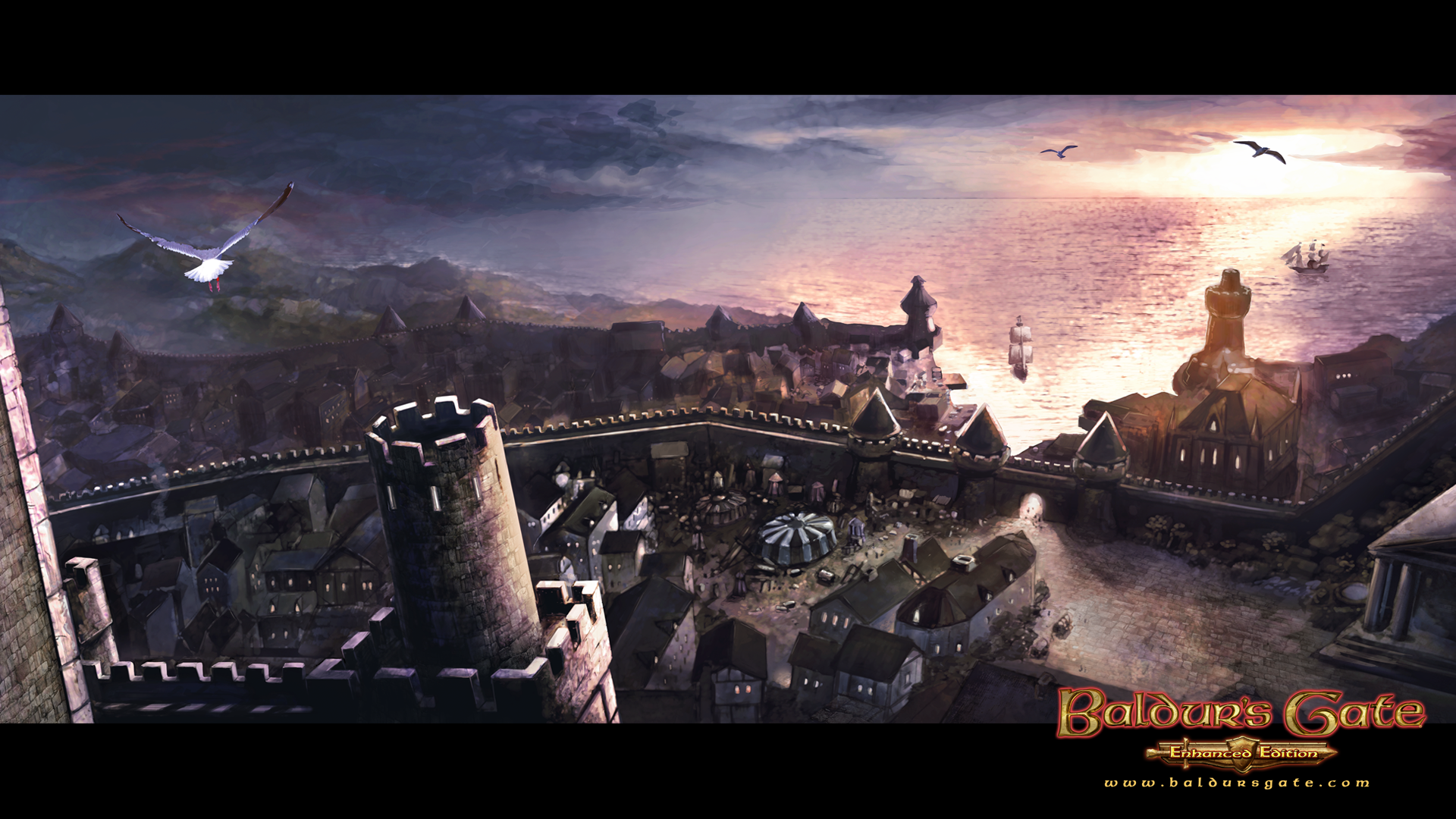 For those that may be unfamiliar, Baldur’s Gate operates on the now archaic-sounding Dungeons and Dragons 2.5 Edition ruleset (Editor’s Note: For comparison’s sake, you may want to mention that the modern ruleset is 5th Edition.)  What?!  What kind of masochistic non-nerd would still be reading this and not already be aware of that?!  (Editor’s Note: …fair point.)  While at first seeming overly complex and strict when compared to more modern interpretations, once you understand the system there is a tremendous amount of freedom to be had within its confines.  So many multi-class and class kit options are available that are either no longer viable or not nearly as unique and interesting as they were under the older ruleset.  So, what does an Evil Wizard, Esq. do when creating his Forgotten Realms avatar?  Well, obviously…he rolls a half-elf Fighter/Wizard/Thief multi-class.  (Editor’s Note: I…don’t know how “obvious” that is…)  Hey, sometimes I want to stab mortals, sometimes I want to set mortals on fire, sometimes I want to steal all of their things and laugh maniacally into the night…I like options. 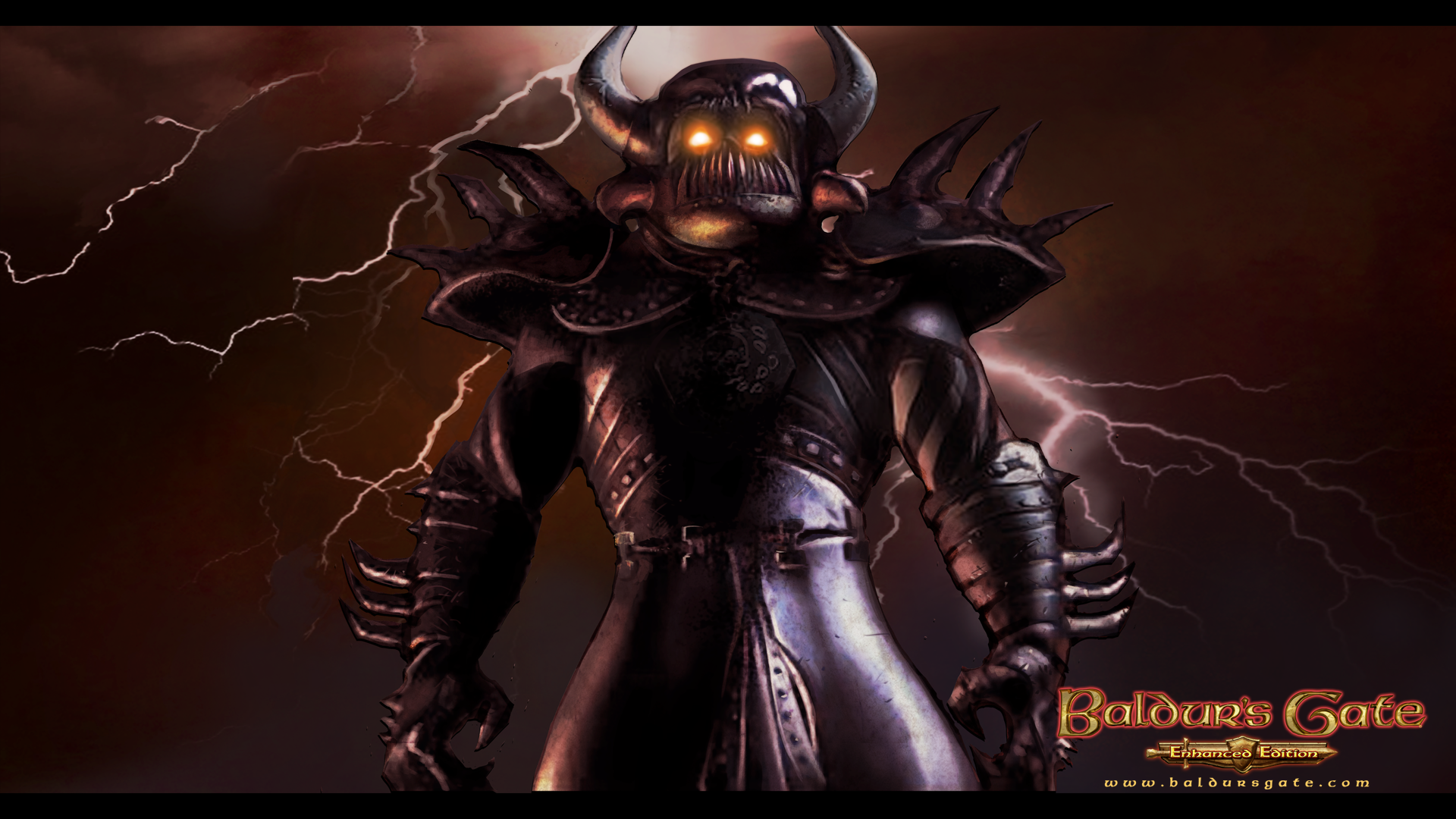 Now we come to my favorite part of the Enhanced Edition by Beamdog…added content.  When Beamdog developed the new release, they didn’t just port the original game and it’s Tales of the Sword Coast expansion.  They wove into the game new party members and quests, incorporated characters from the sequel into the first game to add backstory, and finally, created and released Siege of Dragonspear, a totally new expansion that bridges the story gap between Baldur’s Gate and Baldur’s Gate II.  The new content is a masterwork – in particular the characters that were not originally present.  The original Baldur’s Gate assumed that you were going to lose party members – either to death or just utility loss – and replace them, so while it’s party members were often endearing in some ways, they were not particularly fleshed out.  Beamdog has taken the more modern approach of giving characters meaningful backstories and motivations, personal quests you can assist them with, and even possible romances with your character.  And these are not cookie cutter characters – they span the alignment gamut, with some being teeth-achingly sweet and others deliciously sadistic.  It’s tough to pick a favorite, but my party has included the half-orc blackguard Dorn Il-Khan, who gleefully gives the quote at the top of the page when asked to…do anything, really.  Even just walk to a certain point or open a door.  It’s amazing. 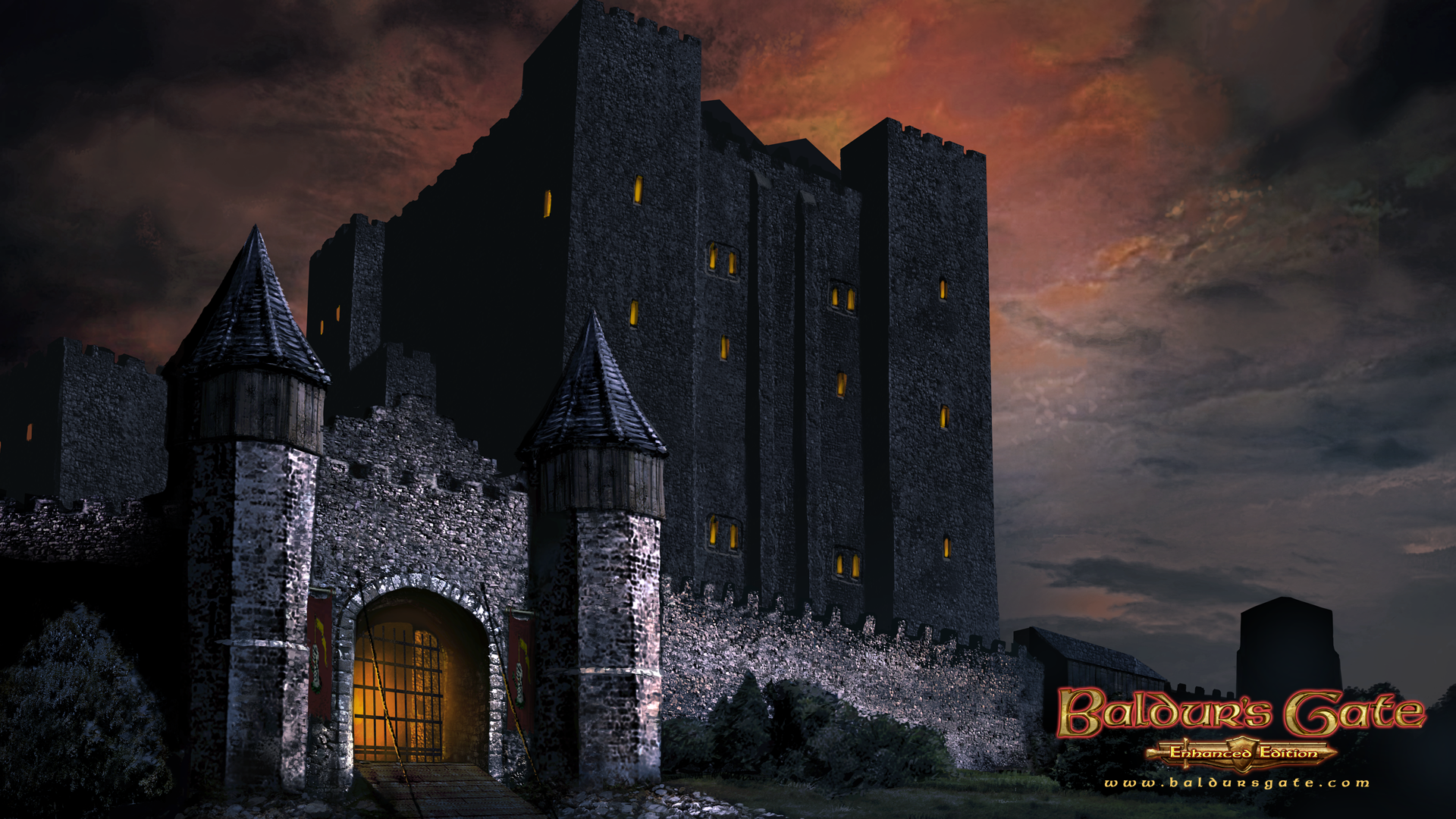 My time with Baldur’s Gate was taking a long overdue vacation with your best friend.  You both have been busy with work and life, but you still text and call each other.  When you finally are able to spend some time together, you still laugh at all the same things, you still finish each other’s sentences, and even when you disagree on something, it feels more of affection than argument.  My worries about the Enhanced Edition not living up to my nostalgic memories of the original were unwarranted – as soon as I got back into the game, just like spending time with an old friend, I was home again. – EWE